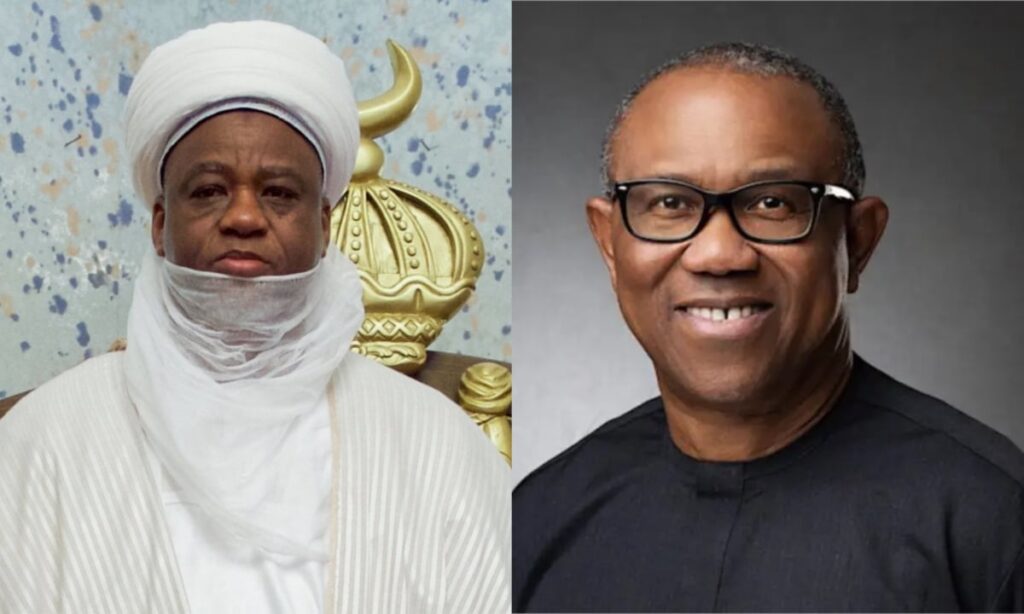 Amidst claims that the Sultan of Sokoto, Muhammad Sa’ad Abubakar endorsed the Labour Party presidential candidate, LP, Peter Obi, the palace has said the claim was false.
Reacting to media reports that the Sultan of Sokoto had given his backing to the LP candidate, the palace asked those behind the reports to produce evidence.
In a statement by the monarch’s Media Aide, Prince Bashir, the palace said Obi never visited his palace on Wednesday or Thursday.
The statement noted, “For the avoidance of doubt, the statement is fake because such an irresponsible write-up, credited to him, could not have emanated from anywhere near or around His Eminence Alhaji Muhammad Sa’ad Abubakar, the Sultan of Sokoto and President of NSCIA.
“It would interest Nigerians to know that the Presidential Candidate of the Labour Party, Peter Obi, was not one of those that paid a visit to the palace, whether on Wednesday or Thursday.

“The simple challenge is to ask them to publish a copy of the letter purportedly written by the Sultan or a video or audio clip where he endorsed Peter Obi and denied APC’s Tinubu as contained in their peddled fakeness.”