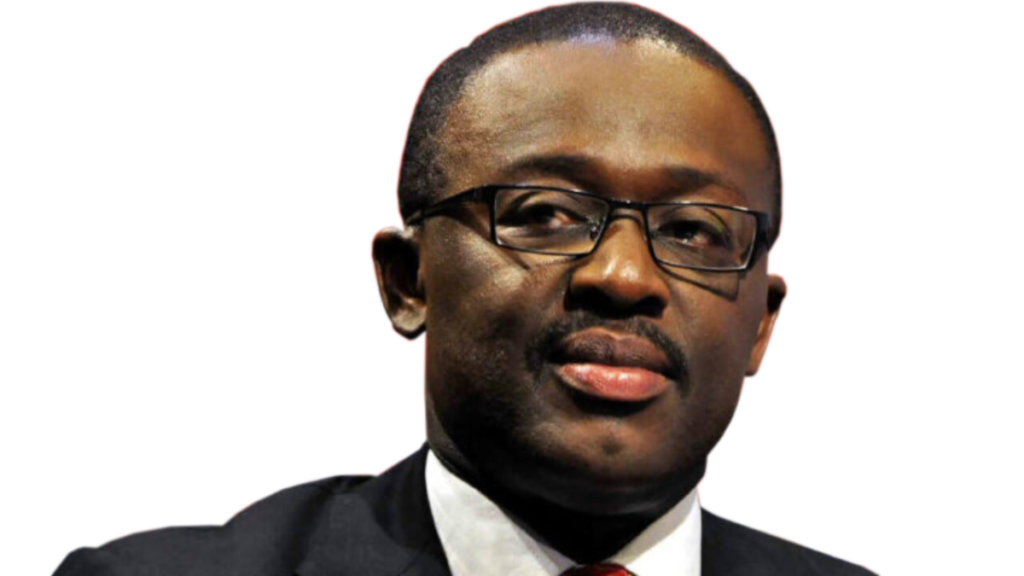 When as a postgraduate student of law at the University of Lagos in the late 1980s I had to select four subjects for my LLM classes, I chose Secured Credit Transactions, Comparative Company Law and International Economic Law.

Those three subjects were a rational, you may say strategic, career choice designed to support and reinforce my ongoing pivot into business, banking and finance, economics, policy, and the corporate world.

Going by the logic of those three selections, my fourth selection should have been something around land or property law, intellectual property, taxation, or perhaps labour law; I chose comparative constitutional law instead and there was no other reason for that choice except my love and passion for the subject.

As an undergraduate at Ife, I loved constitutional law and the topics therein-federalism, separation of powers and checks and balances, parliamentary versus presidential system of government, rule of law and constitutionalism, military rule, and the very interesting debates around Nigeria’s constitutional history, much of it revolving around events in or emanating from the Western Region of Nigeria and Nigeria’s then new 1979 Constitution.

As a postgraduate student however I was a very “busy” student, so all these beautiful topics had been taken up by the more “present” students so by the time I got to the lecturer to select the topic for my “paper”, there was only one topic left- “Colonial Legacies in Commonwealth West Africa” or something to that effect! I hated the subject at first sight and was quite unhappy having to research a topic that was remote from my prior conception or understanding of constitutional law.

In the end I plunged into the library to make some sense of this arcane topic. My first challenge was selecting which other country I would work on as the project required a case study of two Commonwealth countries, obviously with Nigeria a given. I didn’t know much of the history of Ghana or Sierra Leone (beyond their dates of independence and their leaders!) so I more-or-less had to read up on both to find parallels with Nigeria, so that my narrative would be coherent and amenable to synthesis.

In the end, I selected Sierra Leone and the first major colonial legacy common to both countries was obvious-around systems of government and the vestiges of the British parliamentary constitution that both countries inherited at independence.

The second was a surprise, perhaps a shock to me as my earnest, perhaps naïve 23, 24-year-old mind had not expected or anticipated such a revelation-the degree of colonial gerrymandering that went into fixing the political and constitutional destinies of both Nigeria and Sierra Leone!

In both countries the evidence stared me in the face the more I read of how the British colonial authorities first chose who they wanted to rule and in fact dominate the emerging countries and proceeded to fix everything about the nation’s political and constitutional development to ensure their preferred outcome prevailed!

In Nigeria, it was obvious Westminster preferred the Fulani aristocracy which it had helped strengthen its dominance over Northern Nigeria through the indirect rule system, to now achieve dominance over the whole of Nigeria; and the colonial officers proceeded to gerrymander Nigeria’s internal regional structure, population, size and composition of parliament, constitutional treatment of regional minorities, path towards and date of independence, and structure and  control of the military amongst others in order to guarantee the desired outcome. If all the politico-constitutional measures listed above failed, it was control of the military that would be the ultimate guarantee!

It was the first time I encountered the word “gerrymandering” defined by Wikipedia as “in representative democracies, gerrymandering is the political manipulation of electoral district boundaries with the intent of creating undue advantage for a party, group or socio-economic class within the constituency” In the Nigerian context, British gerrymandering as you would see above went beyond electoral districts to include population, regional structure and boundaries, parliamentary constituencies, and even the structure, constitution and command of the military!

Till date Nigeria continues to reflect Britain’s sub-optimal vision for Nigeria. If Nigeria has failed or is failing, the colonial architects of Nigeria’s destiny bear significant responsibility for their deliberate design. Worse still at every significant point at which that design was threatened, London (and later their Washingtonian cousins) have stepped in to re-impose the original purpose-whether it was threats to Ilorin Fulani suzerainty; leaning on Dr Nnamdi Azikiwe at independence to make the strange choice of becoming a ceremonial president rather than prime minister by leading the NCNC into an alliance with NPC rather than AG; management of the January and July 1966 coups and especially Arewa decision-making in relation thereto; the civil war of 1967-1970; and most recently in the events leading to Muhammadu Buhari’s ascension in 2015.

Nigeria cannot however continue to blame our colonial masters sixty-two years after “independence”-as the example of 2015 shows, there are many internally who are always, usually for self-serving reasons, complicit in their people’s subjugation. I hope there is something they can learn from ongoing events.

Nigeria’s political evolution proved the far-sightedness of the North and their British mentors in recognizing that the military would prove crucial in shaping Nigeria’s political and economic reality. In the crisis over the First Republic, Northern hegemons eventually prevailed in July 1966 not because of political and constitutional power but due to military might. Ojukwu failed in his struggle against Northern dominance and lost the civil war essentially due to military reasons. As the Shagari government faltered and drifted in 1983, the military wing of the Arewa political establishment stepped in to replace their incompetent civilian colleagues and in effect guarantee the continuation of regional control. They of course turned out to be no less incompetent, but certainly cleverer and more self-serving!

It is not a coincidence that the military government of General Muhammadu Buhari that took power from Shagari in 1983 acted as if it was the opposition political parties led by Southern politicians (particularly the UPN and NPP) and Southern politicians in the ruling NPN (such as then Vice President Alex Ekwueme) who were the villains of the second republic. While UPN and NPP governors and commissioners and Ekwueme and Southern NPN ministers spent time in Kirikiri and other prisons across Nigeria, Northern NPN politicians (apart from Umaru Dikko) like Shagari himself and Adamu Ciroma were treated like royalty. Several leading NPN politicians had warned us, but we were hard of hearing, boasting that there were only two governing political parties in Nigeria-the NPN and the Nigerian Army!!!

When Ibrahim Babangida exhausted the nation’s patience and regime credibility after annulling the June 12, 1993, election results, overwhelmingly won by Chief M.K.O Abiola, he proceeded to construct an illegal stop-gap as his means of self-preservation from the angry and disgruntled North-centric military top brass who by that point wanted neither Babangida nor Abiola in the presidency. Babangida’s ultimate guarantee of his safety however was to insert his friend, coup accomplice and “Khalifa” (successor) Sani Abachi, still a serving general as Secretary for Defense. I suspect I have since understood Nigeria quite well because I remarked right then to friends and bosses at the time that the interim government looked to me like a hand-over of power to General Abacha!

The Buhari, Babangida, Abacha and Abdulsalami military governments between 1983 and 1999, an uninterrupted dictatorial era of sixteen years leveraged their unchecked powers to restructure Nigeria in favour of Northern Nigeria through creation of states and local governments, enactment of laws (such as over revenue allocation, control of internal waterways, takeover of sales tax in the name of a federally-collected VAT, nationalization of Christian missionary schools, regional universities and broadcast stations and nationalization of the oil sector continuing where their military predecessors, Gowon, Murtala Muhammed and Obasanjo/Yar’adua) had stopped; and most crucially the stealth enactment of the 1999 Constitution through which Northern Generals and their civilian advisers created a constitutional structure to codify and entrench Northern structural hegemony over Nigeria.

Southern politicians were complicit in the most egregious outrage of all-leveraging the 2015 and 2019 elections to gerrymander voter registrations and electoral results that are designed to permanently ensure Northern domination over Nigerian politics. The APC leaders and politicians from the South did not mind if gerrymandered voters registers or election results suggested a Northern candidate did not need Southern votes to become president, except for the constitutional requirement of 25 percent in twenty-four of Nigeria’s thirty-six states, so long as they thought Buhari would use the power thus acquired to make them his successor. Now Northern politicians can arrogantly presume to continue in power after eight years of Muhammadu Buhari’s sectional administration.

Gowon, Babangida and Abacha conducted political transitions, which they intended themselves to be the ultimate beneficiaries of. Gowon said 1976 was no longer “realistic”; Babangida dribbled and wobbled banning and unbanning civilian politicians; creating and managing political parties; inviting many of his friends and associates to seek the presidency, and then banning them!; changing the terminal date of his government from 1990, 1992 and then 1993 until the transition collapsed on his head; and Abacha sought to become civilian president but ended up dying in the presidential palace; even Obasanjo in 1979 and 2007, and Abdulsalam in 1999 knew who their preferred successors were and by-and-large succeeded in their designs.

Today the gerrymanderer appears again to be sitting somewhere in the precincts of Aso Rock in Abuja! He and his agents are encouraging numerous presidential candidates from South-West, South-East and South-South Nigeria to enter the APC presidential primaries and deliberately seeking to create political uncertainty around the transition; our master puppeteer’s agents are elevating the mischief purporting to compel former President Goodluck Jonathan to contest for the APC ticket; it is clear someone would like to see the South-West in political disarray, and the South-West, South-East and South-South fighting each other; It is also apparent this government is at the very least tolerant of a high degree of insecurity and possibly genocide in parts of the North and across the country; now one old Senior Advocate of Nigeria Robert Clark (who appears to often speak the mind of some Nigerian intelligence agencies!) has suggested an elongation of Buhari’s tenure to deal with ongoing insecurity and uncertainty!!!

Anyone who cannot read between the lines is either blinded by ambition or may not be very intelligent. It does seem we are and have been in a state of programmed confusion and crises. It should by now be clear that this grand puppeteer has some other ideas. Caveat emptor!