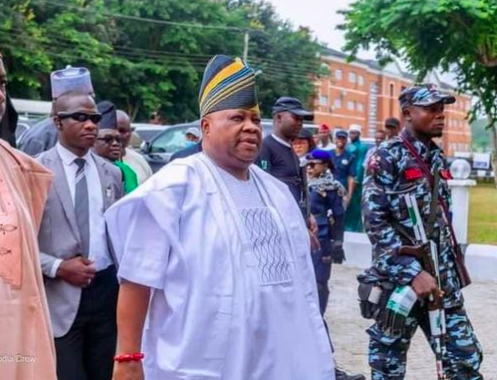 A member of the House of Representatives, Bamidele Salami, the campaign Director General of the Adeleke campaign, Sunday Bisi and a US based medical doctor, Muyiwa Oladimeji, have been named as part of a transition committee set up by the Governor-Elect of Osun State, Senator Ademola Jackson Adeleke.

The 37-member Transition Committee is to facilitate a smooth transition between the incumbent and the newly elected administration in the state.

A statement issued by the Media office of the Governor-elect disclosed that the Transition Committee is made up of seasoned technocrats, present and former public office holders and experts from a diverse field of endeavour including the Academics, Finance, Law, Engineering, Labour, Local Government administration and the Media.

The Committee is to be chaired by Oladimeji while the Director-General of Ademola Adeleke Campaign Organisation Hon. Sunday Bisi will serve as Deputy Chairman.

The Secretary of the Transition committee is a serving member of the House of Representatives who is also a legal practitioner, Representative Bamidele Salam and will be assisted by a Project management expert, Sir Adekunle Adepoju.

The Transition Committee will be inaugurated by the Governor-elect on Thursday.

Adeleke defeated incumbent Governor Gboyega Oyetola in the July 16 election making it the third time an incumbent would be defeated in the South-West state.

I Don’t Support Abiodun’s Administration; He Was Rigged into Office in 2019 – Amosun