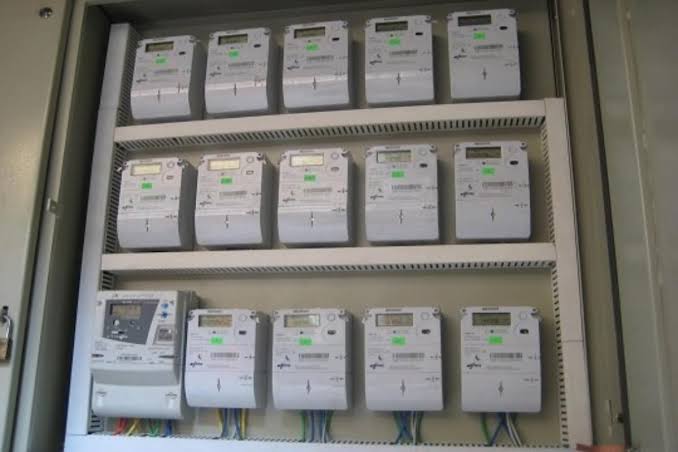 The Federal Government on Thursday in Abuja cautioned Distribution Companies (DISCOS) again against selling electricity meters to customers, saying procurement of meters is free of charge.

Minister of Power, Alhaji Abubakar Aliyu, gave the warning during the weekly State House ministerial briefing organised by the Presidential Media Team.
The minister blamed those he described as `touts’ and “kabu-kabu’’ people in the power sector as responsible for the reported selling of meters to electricity customers.
“You will always have these kinds of things – like somebody trying to short-change others; otherwise these meters are free; we said it a number of times.
“These are tools that will generate liquidity. How can we be selling something that will bring in money?
“It is the responsibility of the DISCOS and the government is seeing that they are not doing so.
“So, government is stepping in and giving the DISCOS the meters to distribute for free.
“But there’ll always be `touts’ and `kabu-kabu’ and I think it’s the touts that are doing this kind of shoddy deal,’’ he said.
According to the minister, accelerated procurement of four million meters for the second phase of the Federal Government’s mass metering programme is on-going, with critical focus on local manufacturers.
“Currently, close to one million meters have been rolled out under the first phase and accelerated procurement is on-going for the second phase of four million meters with critical focus on local manufacturers.
“This is aimed at providing jobs through the programme.
“The first phase generated 10,000 jobs in installation and assembly. We anticipate that the second phase contract will be awarded by the end of the second quarter of this year.
“There will be a third phase that will provide additional two million meters, funded through the World Bank,” he added.
The minister also warned that actions would be taken against underperforming DISCOs under the guidelines of the contractual agreements as the Federal Government had improved regulatory certainty.
On erratic power supply currently being experienced in Abuja and other parts of the country, the minister said the problem was caused by low water level in the hydro power stations.
“With the reduction in water levels at the hydro power stations during the dry season, the need for additional load to be taken up by gas plants and the challenges in repairs currently being done on generators are responsible for the load shedding and power outages,’’ he said.
According to him, government is doing everything to ensure optimum supply of gas to ensure quick restoration of power.
The minister, who spoke on various power initiatives by the ministry, including the Presidential Power Initiative being driven by Siemens, maintained that the issue of right of way was stalling power projects.
“We are engaging with state governors through the Nigerian Governors Forum to drive a holistic solution to these lingering issues.
“Critical projects held up by right of way are the Benin to Osogbo 330 KV line which is 250 kilometres long and the Ikot Ekpene to Ikot Abasi also 330 KV line, which is 68 kilometres long.
“Another is the Kano-Katsina 330 KV line, also 180 kilometres long,’’ he said.
According to Aliyu, the attention the power sector is receiving under the Buhari administration is unprecedented.
“Since the inception of the present government, it has turned its attention to our infrastructure and the attention this government is giving in my own view, is unprecedented.
“The enormity of the decay in the sector is what we are battling with to ensure we overcome challenges associated with electricity delivery in the country,’’ he stressed.