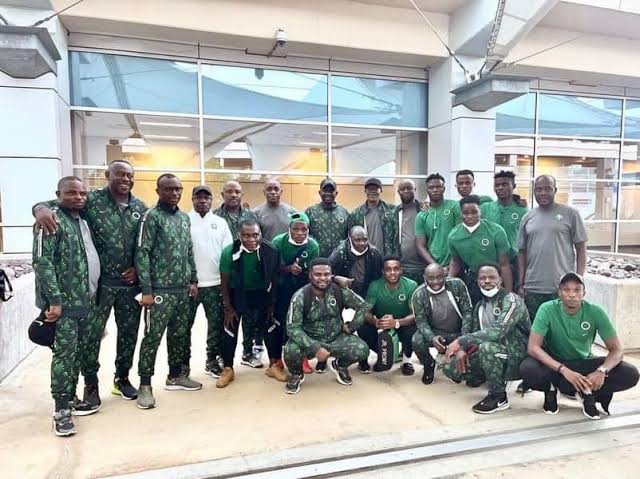 Nigeria’s Super Eagles have given updates on the arrival of its players at the camp.
The national team said so far, 19 players have arrived at the camp after their invitations.
The players already in camp are Chidozie Awaziem, Francis Uzoho, Adeyinka, Olorunleke, Buhari, Madu, Rafiu, Mbaoma, Sanni, Bello, Aina, Ajayi, Ekong, Simon, Iwobi, Bassey, Aribo, Moffi, Bonke, Awaziem, Uzoho.
Team Coach, Jose Peseiro, expressed enthusiasm as training began in the Dallas Texas camp.
The coach had said on Wednesday that “It is with great pride and joy that I am the coach of one of the greatest football nations in the world. Commanding the Super Eagles starts with knowing how to respect history, value it and be inspired by its roots.”