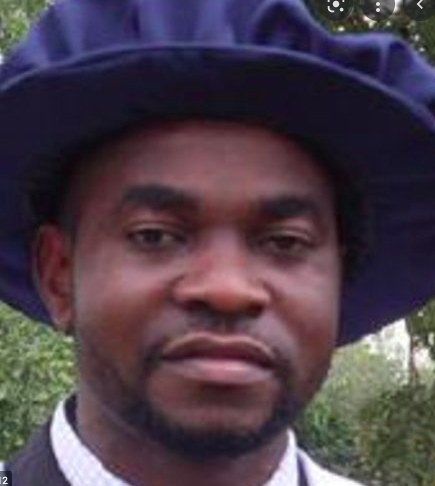 For the purpose of theoretical clarification, the word ‘toxin’ was first used by the German organic chemist, Ludwig Briegen (1849 – 1919). It derives from ‘toxic’, the origin of which is the Latin word, ‘toxon’, meaning ‘bow’, a reference to the use of poisoned arrows as weapons. Toxins are substances that destroy or damage an organism and ‘toxicity’ is the degree to which a particular mixture can be destructive or poisonous. To ‘detoxify’, therefore, is to remove poison or whatever is dangerous to something else.

Contemporary Nigerian politics is full of toxins and it is time we detoxified it in our collective interest. In fact, English writer Alexander Pope (1688-1744) could have had our brand of politics in mind when he described politics a long time ago as “the madness of many for the benefit of few.” It is rather unfortunate that rather than ignore ‘persin wey don mad’, ‘go low low’ and watch out how everything will pan out, the madness of intolerance is spreading and the Nigerian cyberspace is now a sanitarium.

Some toxins of Nigerian politics are extreme ethnocentrism, religious fanaticism, character assassination, destructive propaganda, outright lies and verbal violence. The stench of all these is so suffocating that every sane person groans like George Floyd, “I can’t breathe!” A dangerous dimension to all these is the use of threat and many people have been threatened for their political beliefs, including a musician who said some political bandits said they would burn down his ‘shrine’ because of not supporting their candidate.

Ethnic solidarity is natural but when it becomes extreme ethnocentrism, it is despicable. No one chose one’s ethnicity and that one does not speak the same language with another person does not make the person an enemy. The moment we think no one is fit for an office apart from someone we share the same ethnic identity with, we become ethnocentric and toxic. Variety is the spice of life and many colours make a rainbow.

Then, when religion is mixed with politics in a multi-religious society, the compound becomes combustible. It is highly toxic that religious fanaticism has made some religious leaders to throw all caution to the wind in drumming support for their candidates. In the current dispensation, fanatics have insisted that those who don’t vote for a particular candidate are “going to hell”!

Though the media are supposed to be objective in their analyses and coverage, some media houses have become more political than the politicians themselves through destructive propaganda and reportorial biases against those they are opposed to. Professionalism is thrown away in pursuit of expediency as they champion the sentiments of their employers.

Meanwhile, Nigeria needs further detoxification from character assassination, destructive propaganda, outright lies and verbal violence/ insults. It is often assumed by politicians and their followers that they will succeed by destroying other people through distortions, lies and verbal abuse. But these toxins have no real electoral value as they only polarise people and prepare them for political violence.

Detoxifying Nigerian politics should take place at institutional and individual levels. Institutionally, the Independent National Electoral Commission (INEC) should activate a framework of political behaviour and sanction the candidates of those who violate same. That code will make politicians sensitise their supporters to maintain decorum in order not to jeopardise their own interests.

At the individual level, Nigerians must appreciate that differences are normal and that the mere fact that one person is right does not mean that the other person is wrong. Everyone is free to support any candidate without any threat, molestation, insult or attack. Followers often destroy one another while politicians meet, revel and clink glasses. So, that a person does not hold anyone’s political belief or support a candidate should not warrant violence, physical or verbal.

One professor once mediated between two students who argued bitterly on the colour of a ball half-painted black and white on each side. By the time he made them to switch sides, they both saw the new perspectives. He then submitted thus to them: “Throughout our lives, we believe things that we hold dear and we believe they are right and true. But at times, there’ll be others that disagree with us. What we believe to be 100% right, they believe the opposite just as strongly. How can that be? Can’t they see? We can become frustrated. We might grow a distance. We may even separate our relationships entirely. Slow down. Breathe. Step into the other person’s shoes. And you make all the difference.”

Let’s all make a difference. It is a free world and everyone is right to make their political choices without toxicity from any quarters.