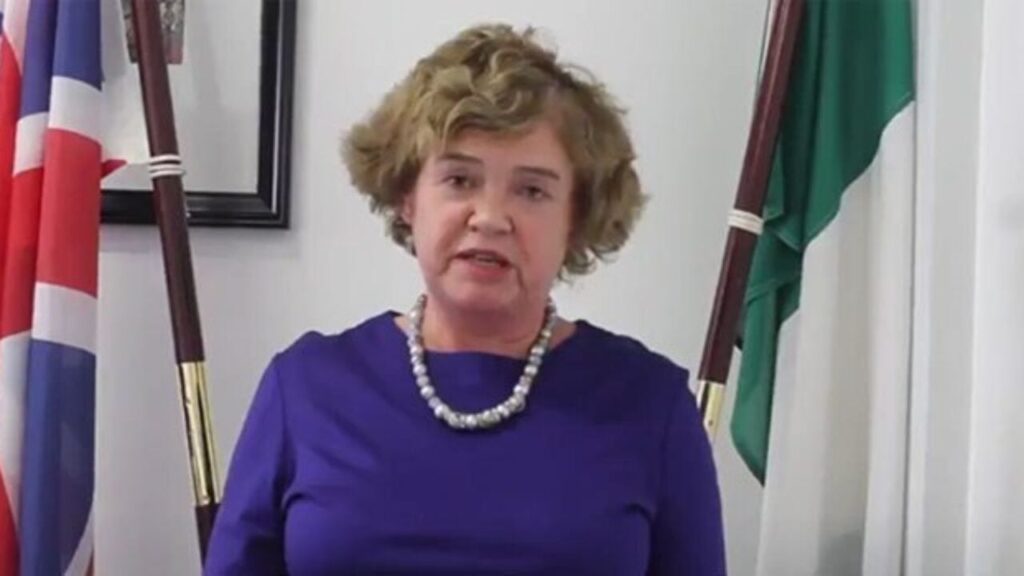 Following the warning of the United Kingdom to its citizens in Nigeria to be conscious of the security situation in the country especially the nation’s capital, Abuja, the earlier warning has been relaxed with a warning against travelling to 22 states in the country.

“The FCDO no longer advises against all but essential travel to the Federal Capital Territory, including the city of Abuja, but risks remain, and further details about the continued threat from terrorism in this region has been added. The FCDO advice against travelling to other areas of Nigeria remains in place.

“The FCDO advises against all travel to Borno State, Yobe, Adamawa, Gombe, Kaduna, Katsina, Zamfara, and the riverine areas of Delta, Bayelsa, Rivers, Akwa Ibom and Cross River states,” it said in the reviewed advisory on Monday, published on its site.

“The FCDO advises against all but essential travel to Bauchi State, Kano Jigawa, Niger, Sokoto, Kogi, within 20km of the border with Niger in Kebbi State, Abia, non-riverine areas of Delta, Bayelsa and Rivers states, Plateau, and Taraba states,” the UK said.

While stating reasons behind its new travel advisory which include terrorism, banditry, protesting, rioting and others as most of the northern part of Nigeria is vulnerable to banditry and terrorism.

According to UK’s review, this criminal activities were engineered mostly by ISWAP, Boko Haram others

About terrorism, the UK said, “The risk of terrorism across Nigeria includes the capital city Abuja, and the surrounding Federal Capital Territory area. This risk has increased in 2022.

“This risk has increased in 2022. Between May and July 2022 Islamic State West Africa (ISWA) have conducted a number of attacks in Kogi, Niger, and in the Federal Capital Territory. Further attacks are likely and could occur at any time

“Most attacks are conducted by Boko Haram or Islamic State West Africa (ISWA) and occur in Borno, Yobe and Adamawa States in the North East. There have also been significant attacks in other states, including in Gombe, Kano, Kaduna, Plateau, Bauchi and Taraba States. Between May and July 2022 Islamic State West Africa (ISWA) have conducted a number of attacks in Kogi, Niger, and in the Federal Capital Territory.”

“Public places where crowds gather have been targeted in the past, including places of worship, markets, shopping malls, hotels, bars, restaurants, football viewing centres, displacement camps, transport terminals (including train networks), government buildings, security and educational institutions (schools, further education colleges and universities are all regular targets), and international organisations. Attacks have taken place around religious and public holidays in public or crowded places, including places of worship as well as during election periods.”

On the number of attacks in the Southern part of Nigeria, the UK said, “On 5 June 2022, there was a gun attack at a church in Owo, Ondo State, causing at least 40 deaths. The High Commission are in contact with the local authorities. If you are in the area, you should monitor local media, exercise caution and follow the advice of local authorities.

“There have been reports of violence during Stay at Home protests previously. You should monitor local media, avoid any demonstrations or large gatherings and follow any instructions from local police and security forces.

“There have been a number of attacks and targeted killings in the South East and South South regions of Nigeria, including in the states of Akwa Ibom, Rivers, Imo, Abia, Anambra, Delta, Edo and Ebonyi.

“Some of these attacks have been on isolated roads and in remote locations, but there is a chance that they could occur in metropolitan areas. There is also a heightened risk of indiscriminate attacks on police and security infrastructure, which may inadvertently affect bystanders.

“A number of states have imposed curfews. Travellers to these regions are advised to exercise caution if travelling in remote areas at night and follow local news and information outlets for further information, including on local curfews.”

“Since January 2018, the Islamic Movement of Nigeria (IMN) has protested regularly in central Abuja and other cities. These protests, particularly in Abuja, have the potential to turn violent.

“During October 2020, there were a number of large-scale protests (known as #EndSARS protests) in Abuja, Lagos and other locations across Nigeria.”

About the rate of kidnapping in the country,UK said”There’s a high threat of kidnap throughout Nigeria. Kidnaps can be motivated by criminality or terrorism, and could be carried out for ideological, financial or political gain.

“Anecdotal evidence suggests that the risk of kidnap increases after dark. Terrorists have previously shown intent and capability to conduct kidnaps in Nigeria. Foreign nationals, including humanitarian workers, are likely targets for kidnap.

“There are reports that Islamic State West Africa (ISWA) and Boko Haram are continuing to actively plan to kidnap foreigners and kidnaps in the North East have included humanitarian and private sector workers. There may be an increased risk of kidnap, particularly to NGO workers, in Gwoza and Bama local government areas, Borno State, and in Yobe and Adamawa States. As well as in North-East Nigeria, terrorist groups operate in some northern and middle belt states including Bauchi, Gombe, Kano, Kogi, Kaduna, Niger, Taraba, and Plateau States.

“If you’re working or travelling in these States then you should be aware of the risk of terrorist kidnapping.

The UK then advised that,”Before considering travel to areas to which the FCDO advise against all or all but essential travel you should take professional security advice.

“Be vigilant at all times and keep others informed of your travel plans. If you’re working in Nigeria you should follow your employer’s security advice, make sure your accommodation is secure and review your security measures regularly.

It added that, “Consular support is offered in Nigeria although limited in areas where the FCDO has existing advice against all travel and all but essential travel.