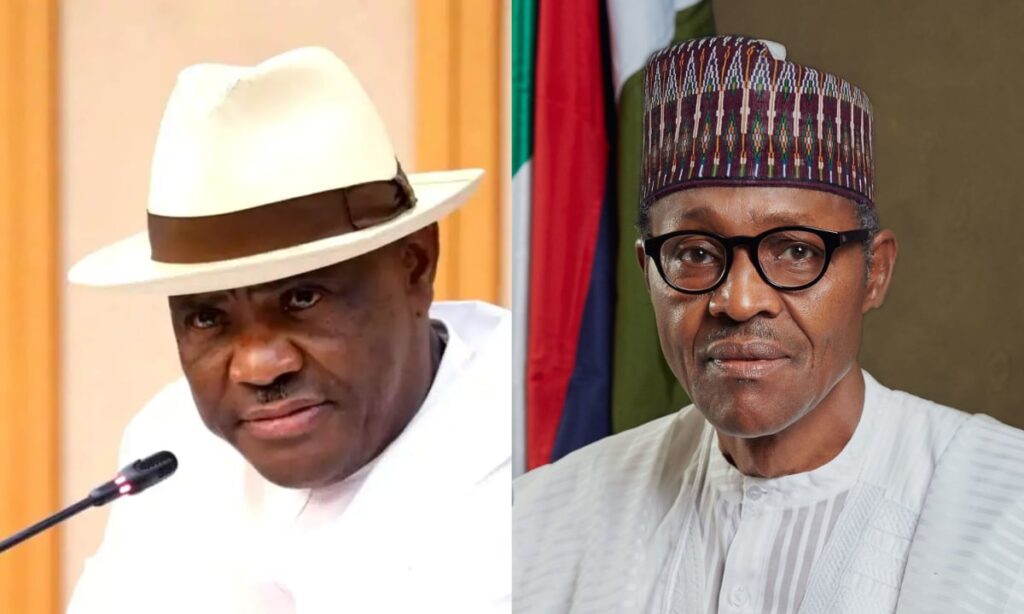 President Buhari who made the accusation after delivering his speech at the presidential parley for members of the Senior Executive Course 44 (2022) of the National Institute for Policy and Strategic Studies (NIPSS) at the State House saying that personal integrity is fundamental in the operations of government.

He recalled an instance where a state governor would receive allocation on behalf of council areas in his state only to remit half of such allocation to the council chairmen.

“If the monies from the Federal Government to State governments is N100 million, let’s put it at N100 million,N50 million will be sent to the chairman with a letter that he will sign that he received N100 million.

“The governor will pocket the balance and share it with whoever he wanted to and then the chairman of the local government will say how much he must pay as salaries. To hell goes development. Monies for the salaries will be given and the balance he will put in his pocket.

“This is what is happening in Nigeria, it’s a terrible thing. You cannot say the person who is doing these was not educated, he was a qualified lawyer, he was experienced, yet he participated in this type of corruption.”

“So it’s a matter of conscience, whichever level we find ourselves. As a leader, you sit here with all the sacrifices the country is making by putting you through institutions and getting you ready to lead.

“The fundamental thing is personal integrity. May God help us,” President Buhari had said

Reacting to the allegation on Friday, at the commissioning of a project in Port Harcourt, Gov. Wike claimed that he has never touched monies meant for the local government since he came on board in 2015.

The governor also claimed that none of the G5 governors in the Peoples Democratic Party has ever touched local government allocations.

He then challenged the President to name the governors who tamper with local government allocations.

Wike said “I challenge Mr. President, you must come out and tell Nigerians those committing this offence.

“So, Mr President, tell us who are those people? You know them, tell us.

“I’m not one of those governors. Mr President tells Nigerians that the Integrity Governors are not part of them.

“Do us a favour to announce all those states that are taking local government funds”.

“I have no reason and I will never a reason to do that.

He recalled when he was the Chairman under former governor Peter Odili,he never touched their minutes.

“Dr Peter Odili never touched my fund when I was the Chairman of local government. So,why would I have a reason to touch other people’s fund?

“Mr President,I beg you in the name of God,remove the integrity governors from those stealing local government funds. Mention names of those you are referring to.