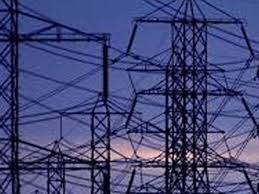 There appears to blackout in most parts of the country as from Monday morning afternoon what is said to be another collapse of the national grid.
Residents of Lagos have complained of lack of electricity in their areas.

According to the Ikeja Electric, one of the service providers in the country, the collapse of the national grid happened at about 10:50am on Monday.
Apologising for the outage, the company told its customers in a message posted on its twitter handle, “This is to inform you that the outage you are currently experiencing is due to the system collapse of the national grid, which occurred earlier today at 10:50hrs. This has affected the Transmission Stations within our network and resulted in the loss of power. “Kindly bear with us as we await the restoration of the grid. Thank you for your understanding.”
It is the umpteenth time the national grid would collapse in the country leading to loss of power.
Many Nigerians have complained about the poor infrastructure that support the supply of electricity.

Emeka Ezeh, who is the Head of Corporate Communications of Enugu Electricity Distribution Company, also announced the collapse and added that the collapse has affected the whole of the South-East.

He said, “This has resulted in the loss of supply currently being experienced across the network.

“Due to this development, all our interface TCN stations are out of supply, and we are unable to provide service to our customers in Abia, Anambra, Ebonyi, Enugu, and Imo States.

“We are on standby awaiting detailed information of the collapse and restoration of supply from the National Control Centre, Osogbo.”