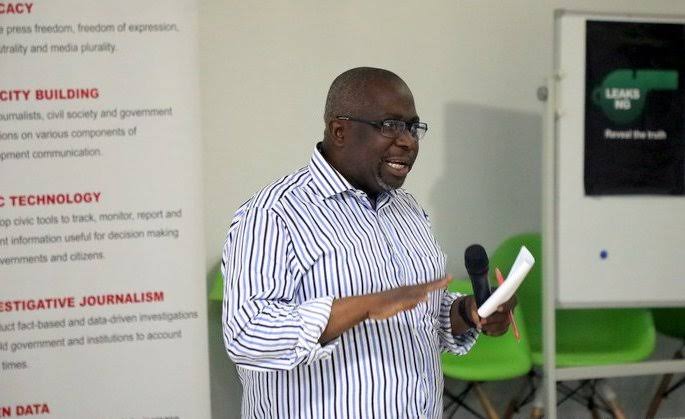 The demand for good journalism is as essential as the demand for quality air for humans to breath. And it does appear that when everything else is going south, journalism must still find its head up North possibly to be the last signpost of the struggles with survival. Society, in my estimation, dies only after the news is dead. It must just be, as they say, the last man standing.
When former President Barack Obama appeared at the memorial in honour of that unforgettable CBS news anchor, Walter Cronkite, in 2009, he made only one demand to honour the memory of the man who personified good journalism; insisted that it was rather more important to get the news right than getting the news first.
At the heart of investigative journalism, which seeks to uphold the real ethics of the job, is to get the news right in all its ramifications rather than the rat race to be the first to publish.
Take a look around! Only the news that is not in the race of “first to publish” indeed shakes the society. The “first-to-publish” news may shake the readers momentarily but the one that comes last with all the dimensions and depth have records of compelling the authorities to do the right thing. And what is the right thing if not in the interests of the society?
Oyedapo Oyekunle Olorunyomi, whom we have all shortened as Dapo Olorunyomi, or simply further stylised as “Dapsy” has done more than enough to mentor good journalism for the good of all.
In 2019, I had the honour of contributing a chapter to the book Testimony to Courage: Essays in Honour of Dapo Olorunyomi. Tasked with such assignment, you would not suffer dearth of materials but the dilemma how to navigate your way from the pool of materials you had in front of you.
Olorunyomi simply stands tall in Africa as one who has nurtured journalism to a monster of a sort to those who work greedily against the interests of the society.
Recall the speech he gave when the Committee for Protection of Journalists awarded him the International Press Freedom Award for 2020.
That rekindles your understanding of where Dapsy comes from and where he is headed.
“The modest progress that Africa has made in the past decade is in great threat. Yet we cannot lose sight of the fact that Africa needs a very strong and reliable press.”
Those were his words in a speech titled “A Journalism of Freedom and Community.”

Sadly, Olorunyomi operates in a community of jackals, hyenas and cabals; vicious in their aim, crude in their ways and brutal in their defence of the looted grounds they had gained from the collective sweat and endowments of their hapless people.
Nigeria, the land where Olorunyomi was born, like many parts of the continent, is fated to and fettered with economic saboteurs and marauders stealing the wealth of their people.
Nigeria is still a country where the corrupt rich mine the minerals illegally. They siphon crude oil blatantly constructing pipelines even in the face of waterway securities who must look away in their own interests. Every brave criminal can cut out his sizeable portion of the land and maintain a hegemony. Yet, we pretend all is well with the country.
Can we all pretend not to notice the dilemma the authorities have found themselves since weeks after illegal pipelines were discovered in parts of the Niger Delta? Beyond the ostentations before the cameras and some press releases, the steam is going down and just as many of similar hair-splitting scandals of the past, the theft of Nigeria’s economic backbone too would go and no one would be taken to the pillory.

It is not new. Conscientious journalists like Dapsy had fought battles upon battles to rid their countries of the ills that have manacled their people.
Would those who indeed fought the battle for the military to retreat with their jackboots after about 16 years of repression be rewarded with a bit of the gains of their struggles, the Olorunyomis of Nigeria would be at the table where decisions are taken. Alas, those who mocked the fighters in the face of booming guns and tears gas canisters today strut the corridors of power with richly starched agbada and babariga. They sit in the hallowed chambers to make laws that have little or no impacts on the wellbeing of their people.
Implications? Even at 65, Dapsy has more battles in front of him; this time not with the military goons but the protégés they have produced in their multitudes and are no more than locusts ravenously eating away the fabric of his land.
It cannot, however, be the same energy and the stamina with which Olorunyomi fought as one of the founders of guerrilla tabloids and magazines some three decades ago that he can fight the battle to rid the land of corruption, political brigandage, economic sabotage, injustice and all forms of the ills that hold the country down.
Great leaders are visionary. Olorunyomi’s leverage of the advent of tech-driven, ICT-aided journalism some one decade and more ago has become handy in the new battle against the ills in the land.
Today, Premium Times, a leading online newspaper in Nigeria has proved, under his watch, to be a veritable tool to fight for the kind of society he told his audience in 2020 he desired when he was honoured with the Press Freedom Award.
Around Premium Times have been built a number of other resistant tools all aimed at ensuring that the society retains its sanity.
As a mentor, teacher, moderator, writer, manager, Olorunyomi stands a hero in societies where decency, honesty and hard work pay. You wont find him being celebrated at huge banquets where wealth, no matter their sources, are the yardsticks for recognitions.
Happy Birthday Dapsy.

• Semiu Okanlawon is the Editor-in-Chief of NPO Reports